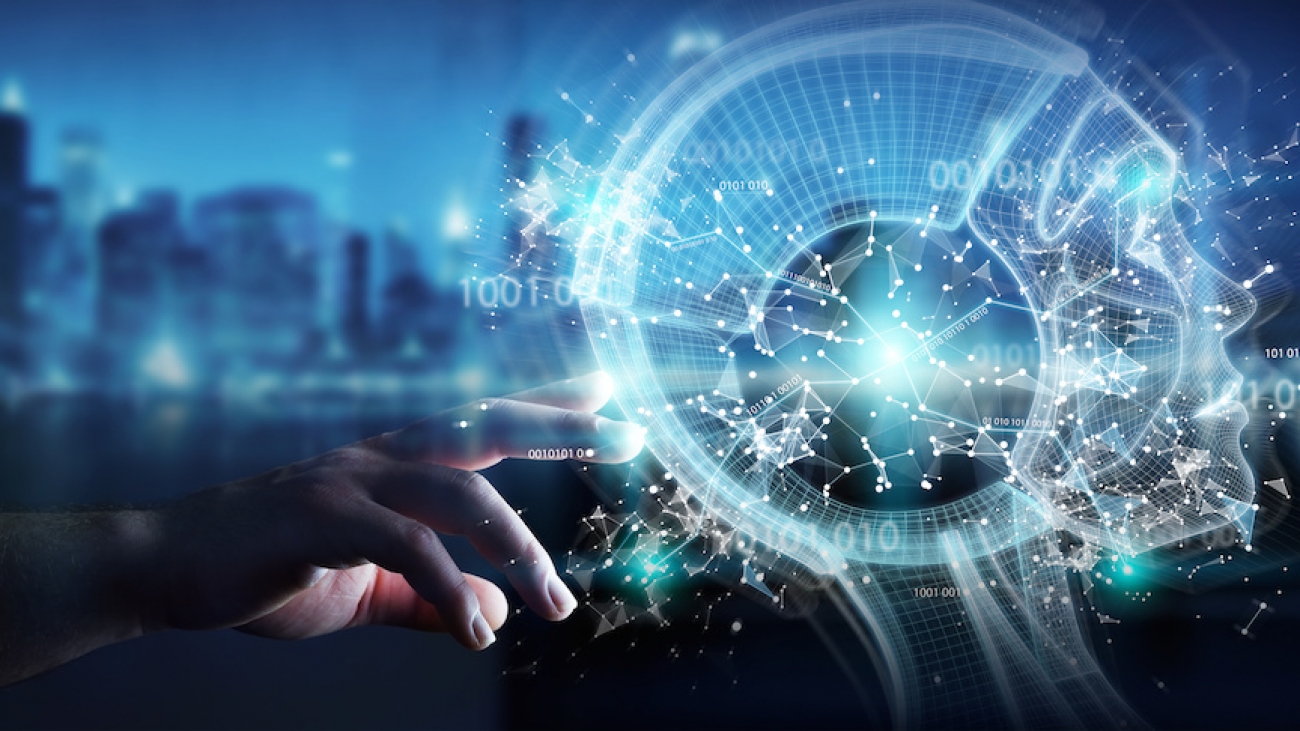 For the past century since industrialization, we have all known that to hold a job means nine to six, Mondays to Fridays. This is also called full time job. However, the interest phenomenon of the gig economy emerged in the past 10 years and looks to reshape our very understanding of a full time employee. A gig economy is one where engagements between company and individual is on a temporary and contract basis, in some cases, even one-off. These people are contractors, not employees. They fulfill the scope of the engagement, which is also called a gig, hence the name gig economy.

The first time I came across this concept was 10 years ago. When I wanted to find help online to design logos or to write. Initially, I tried finding in craigslist, but it was rather disorganized and complicated. Then platforms such as Fiverr and Elance (now called Upwork) emerged. They are marketplaces where customers like ourselves find people to do basically anything online. Subsequently, these platforms start to connect online and offline where customers are engaging others to run errands such as shopping or deliver parcel. Task Rabbit is a perfect example. Gradually, the gig economy spreads to other traditional industries such as Food (FoodPanda, Deliveroo) and Transport (Grab, Uber). So why is the Gig economy so successful and is it really good for us

What Contributed to this Phenomenom

It takes 2 hands to clap and in the gig economy it is that of the company and the contractors. Firstly, in the increasingly fast-paced tech driven environment. Many companies face an uncertain future and do not want to commit resources the short term. They prefer to hire experts for specific projects and move on to the next. Companies save the cost in terms of space, training and benefits accorded to a full time employee. The companies can dispose of the contractor if they are not satisfied. There will not be the legal implications or labor law to content with. So there is a real demand for temporary contractors driven by companies.

Other the other hand, the contractors, majority of which are millennials and Gen Zs. This group of working age adults have a very different mindset compared to the baby boomer generations. They grew up inspired by successful entrepreneurs like Steve Jobs, Bill Gates and Mark Zuckerberg. They want to create something of their own and be in charge of their destiny, the freedom to choose their work. They prefer flexibility, work-life balance and choose the type of work they want to do. The number of self-employed people will triple to 42 million by 2020, with 42 percent of them likely to be millennials.

The improvement in communication technology has also made it much easier for companies and freelancers to discuss and organize their work anytime anywhere. Skype, WhatsApp and web conference solutions are widely available and mostly free. The emergence of collaborative platforms such as Slack, Basecamp and Trello have helped all stakeholders keep track of the project deliverable. So be it for communications or project tracking, the gig economy has no shortage of enabling technology.

While companies may benefit the most from gig economy because of the low cost and obligations. It may not hold true for the freelancers. As most of the contractors working in the gig economy are young and new to the business world. They are often taken advantage of. If clients fail to pay on time or have other tricks to delay payment, these freelancers are basically on their own. If it is an online engagement, it becomes even harder to track down the company. So who will fight for the freelancers’ rights?

Companies that have succeeded on the back of the gig economy are gladly gaining all their valuation and accolades. What they have exploited are these freelancers’ who have worked without social security. These workers are basically “naked” as they lack company sponsored insurance, retirement planning and no recourse against errant customers. Governments all over the world needs to recognize this and step in with relevant legislation to protect this expanding group of workers. New York rolled out “Freelance Isn’t Free Act” that lays out proper contract agreement between company and contractor. This is a step in the right direction in this new economy. Governments need to engage this group of freelancers and re-configure their labor policy to be all-inclusive, providing the necessary income and personal protection to them.

In summary, the gig economy is here to stay and will represent the new normal. An understanding between Government, organizations and freelancers is needed for this system to be fair to all parties. In the meanwhile, we just have to sail through this transition hoping to meet responsible customers or freelancers. Good Luck!

Taking The Opportunity with an AI Driven Future

If your company has noticed the effects of smart technology and automation, you certainly aren’t alone. Many organizations have enjoyed more efficiency and increased productivity, and it isn’t just in our homes that AI, or artificial intelligence has made an impact. But many of us still instinctively regard the increasing use of AI as a threat, rather than something that will bring about positive change; one of the most common concerns is that of humans having their jobs taken over by robots and machines.

Up to 30 percent of human labor could be undertaken by robots or machines by 2030, or between 400 million and 800 million jobs, according to research carried out by McKinsey Global Institute, which suggests the concerns are justified. McKinsey also forecasts that up to 375 million workers will be forced to completely switch jobs. Think of the recent rise on the Chinese labor economy or the shift away from agricultural work in the 20th century in Europe and the US; the so=called automation revolution could be more significant than either event.

Artificial Intelligence and Future of Jobs

More jobs will be created than will be lost as a result of this increased automation, according to some more optimistic companies. AI will need new systems to be developed and implemented and that should create jobs and ultimately affect the economy positively. Employees not having these skills is the most significant challenge when implementing artificial intelligence systems, according to 80 percent of those participating in the EY survey.

Simple problem solving tasks and those tasks that are repetitive are most likely to be replaced by AI. Financial institutions, customer service positions and industrial jobs will all see AI making decisions, rather than a human. Identifying financial crime and corruption, approving a loan and integrating new employees can all be efficiently handled by artificial intelligence.

More automation means more revenue, which in turn means that service sector supporting jobs benefit from more expenditure. Advances in technology have always created more jobs than they have eliminated, as can be verified when we look back at the advances in technology and automation made throughout history. This doesn’t stop people having concerns about AI and its long term effects, and it is easy to see why.

Healthcare and medicine are already benefiting from advances in artificial intelligence; more accurate diagnosis, more effective treatments and a higher rate of preventing disease are just some of the positive effects. And aid can be focused more where it is needed when it comes to the ongoing battle against world poverty, as AI is able to accurately analyze the data recorded and provided by satellites.

The area of education is just as important as business when it comes to harnessing the power of artificial intelligence. Science, technology, engineering and mathematics – the so-called STEM subjects – should be focused on more, and the importance of data analysts, programmers and other AI associated roles should be realized. When it comes to tasks that need imagination and building relationships, humans will always do better than a machine or a computer, although repetitive tasks are much more suited to AI.

The transition to AI may be difficult, although it can be made smoother by the encouragement of lifelong learning, making it easier to learn new skills and generally making major changes to the educational system. As the world changes continually, learning has to change too and become something we do all our lives, and not something that ends just because we finish school or college.

The new technology should be welcomed by companies to make sure they are enhancing human intelligence by implementing the most efficient possible AI system, and not simply worrying about the negative impact. Our workplace will change as will our lives outside the workplace, and ultimately this has to be accepted and welcomed. In the automotive industry, huge increases in efficiency and productivity can be enjoyed by using robots instead of people, but a robot designed specifically to work on a car production line wouldn’t be able to work in any other industry. In other words, a particular industry isn’t going to be adversely affected just because one industry has undergone a huge technological change.

Just about any industry can benefit from artificial intelligence, making it different from advances in technology that have gone before. The disruption to a specific type of industry isn’t confined to that one industry once you have AI that is capable of solving problems, recognizing sequences and patterns, or understanding language. The article you have just read wasn’t created by AI, but it could have been; the technology already exists. And it may seem hard for some to believe, but processing a lawsuit, dispensing medication and diagnosing illnesses isn’t something out of science fiction – AI is doing all that and more today.